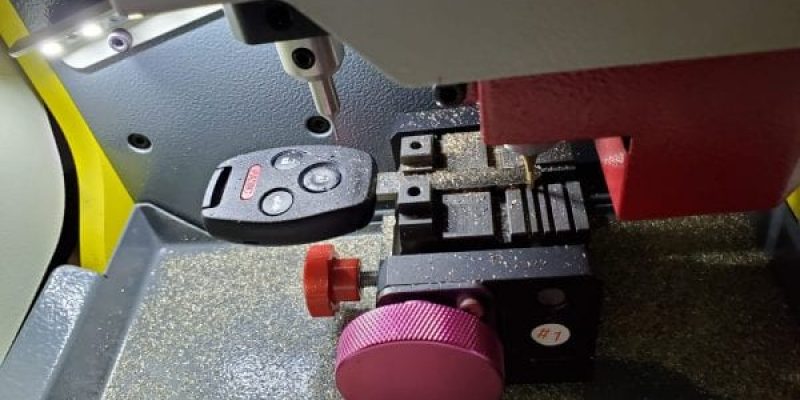 Don't use this company!!

My daughter called to get her locked keys out of her car. It took 10 minutes and they charged her $260. I called the next day they quoted me $120 to do the same thing. I called them mutliple times to sort it out and they wouldn’t call me back until I threatened to take action. They finally called back and said the quote is just to get them out there and they’ll requote once they arrive. Pretty sad that they will take advantage of people who trust that they will do what they said.

I had looked everywhere for a 5″ backset Door latch and finally contacted Omega. When I went into their shop they didn’t actually have any for purchase but they found one for me in used parts and just gave it to me. Thank you, it worked just fine. I recommend and will use them again.

AVOID They force you to haggle hard

STAY AWAY Called Sunday night at 8:45pm for a residential deadlock, tech arrived downtown at 9:25pm. Initially he says the cost is ~250 + 50$ service fee. I say that I’ll go sleep at a friends house tonight then and pay the service fee. He asks me to name a price. I say that I’ll happily pay $150 all in. After 10 minutes of haggling we agree at $175. Why are they quoting almost 2x higher? That insane, a lot of people are going to get screwed because they won’t hold their ground. His manager than asks if I could leave a good review. THE AUDACITY. The tech was alright, I asked him if he watched Lockpicking lawyer and we had a good chuckle until he quoted. It’s the management and supervisors that are messed and rip people off.

An unusual vehicle completed as quoted in the time predicted.

This is the second time I have used them. The first time, I lost my car keys and he was there the same day and got me new keys. He is very friendly and professional. The 2nd time I called him and he came and got my car started. I found out it was my car remote key which is not functioning properly. I would highly recommend this company to my friends and family. Desire

Rate us and Write a Review

Show all timings
Get Directions
Own or work here? Claim Now! Claim Now!